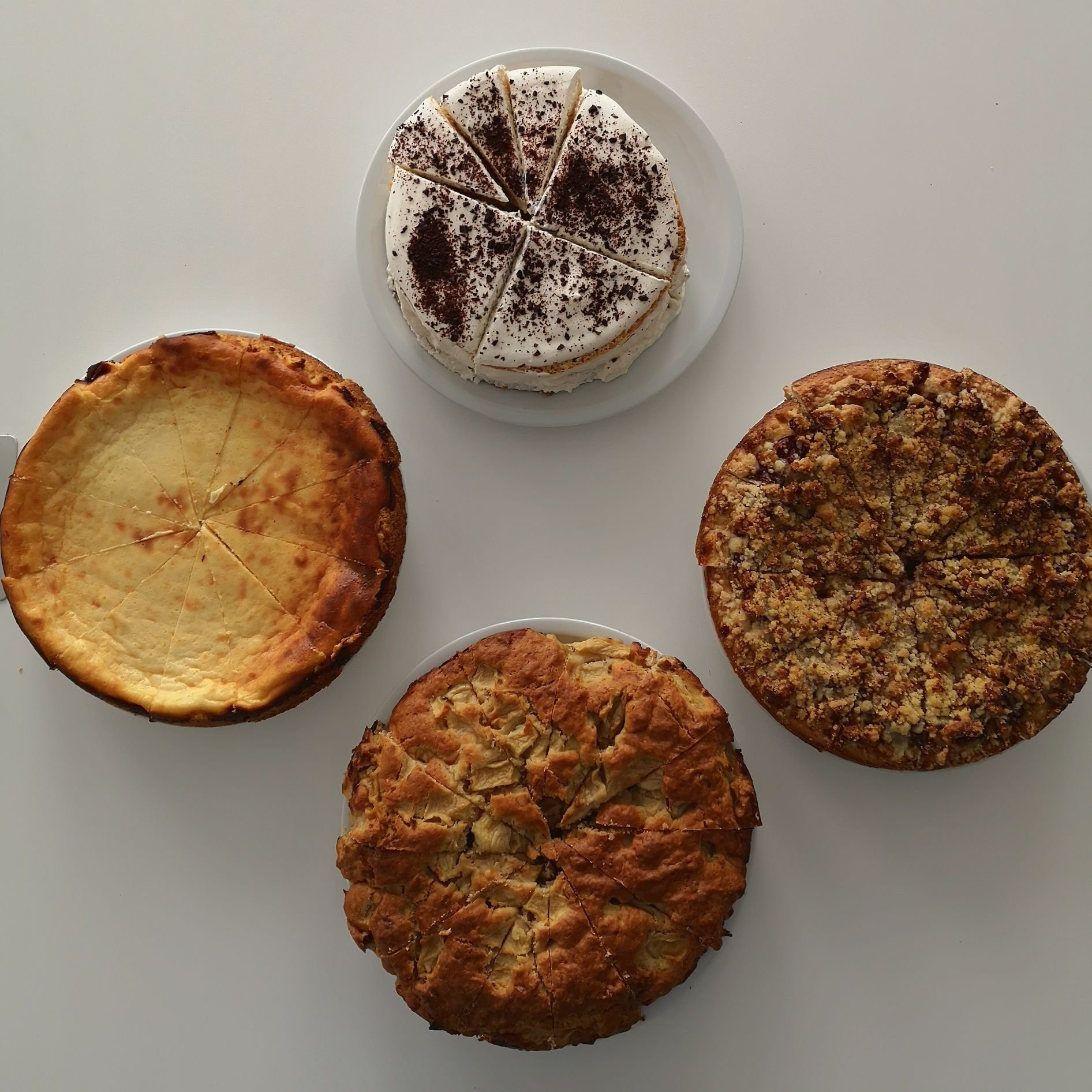 Right now i am knee deep in a lot of work. The good thing is though i finally finished my posts about my exchange semester which took me longer than expected. I also could finally update my WordPress related docker images and published a tutorial just as planned as well as a full automated backup script. I caught up with most of my friends and also delivered cakes for my reentry at my old work place. The cakes were an apple-walnut pie, cherry-walnut-candied pie, a cheesecake and a basic peach cake finished in a continuous baking process one at a time in under 4h.

Still there is a lot to do:

So i am definitely excited when all this is over but also look forward to the challenges. 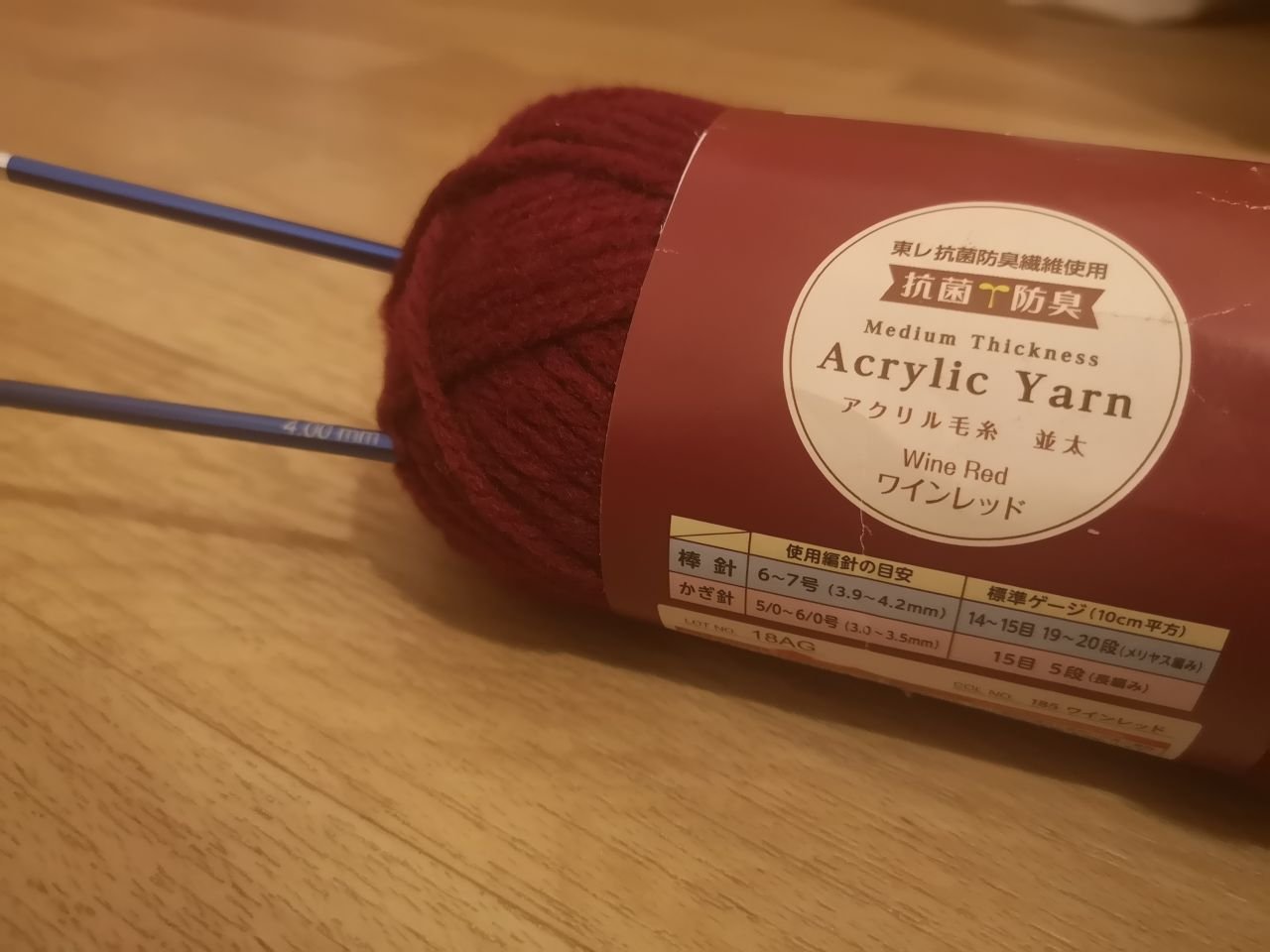 This is actually not my first time knitting a scarf. On my first try i did surprisingly very well and the product had a very steady pattern. This was back in 2016 and besides my friends complaining about that “weird glowing orange color” it also did served its time already and looked a bit worn out. Simultaneously when i came back from my exchange semester i needed some additional cushion to protect my luggage. With that thought in mind i bought some yarn from Daiso and here i am ready to knit a scarf.

I am using a 4mm needle and have around 9 x 48g (=9*68m) Yarn at my disposal. My deadline will be around the 12th December so around 1 month worth of time. On Wednesdays i usually have 4 courses at my university which make up around 6h of quality knitting time. The target length of the end product will be around 150 cm in length and around 12 cm in width. I am still a beginner which is why i am using an easy pattern.

In this blog post i will document my process.

The finished product has a length of around 2.4 m in length and 13 cm in width. I used up around 5 balls (=5*68m = 350m) of yarn meaning in theory one ball does suffice for around 50 cm which matches to the physical end product. It took me 36 hours in total to knit the scarf however i did make many mistakes in the beginning and had to reknit a lot. Given some practice and concentration 5h for 50 cm is manageable.

I wanted to take my time to get my muscle memory into motion as well as exploring some patterns to get an idea of how i want my future scarf to look like.

It took me 4h and the end product looks like this: 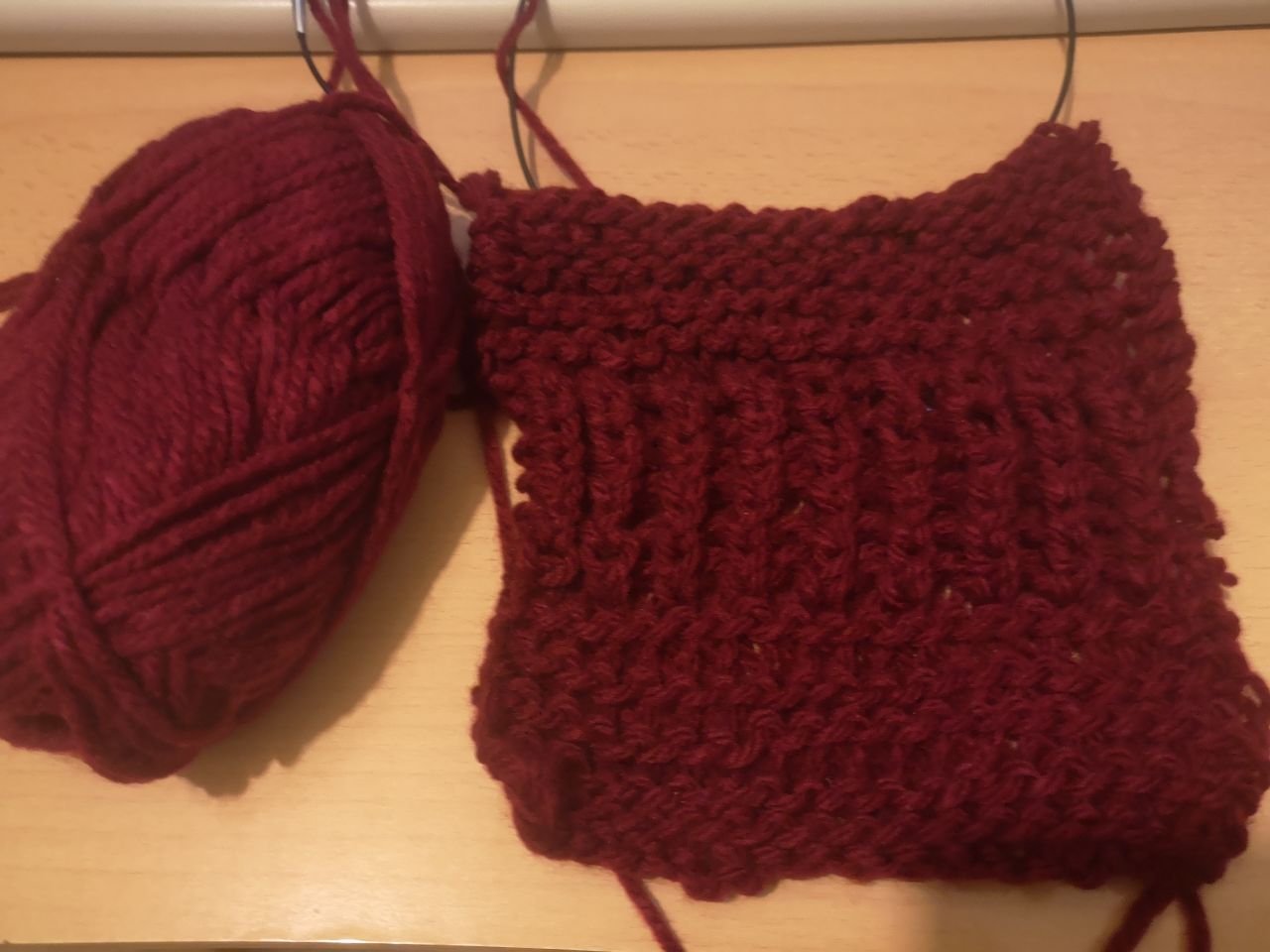 So the idea is, that i will have a 21 stitch row. Sides always beginning with a knit stich. The beginning and end of the scarf shall have a different pattern than the main part. I decided for an alternating purl and knit stitch because the pattern at the front differs from the back. The main part is a pattern called “Halbpatent” in German (refer to this youtube video).

1h from the day before + 4h quality knitting time during lectures + 30 minutes to finished the yarn. Currently the scarf is at a length of around 51.5 cm. I realized that it takes a little bit more concentration than initially assumed to knit during the lectures as well as pay attention. On the other hand though i was paying much more attention to the lecture and time flew by faster than without knitting. During this time i also had to dismantle the scarf at one point.

Did some emergency birthday present knitting for a friend. Actually it was intended as a hot pot mat but turns out after I almost finished the product I should have taken 100% wool instead of an acrylic yarn mix. Well it was intended as a side gift anyway and was received with appreciation nonetheless. 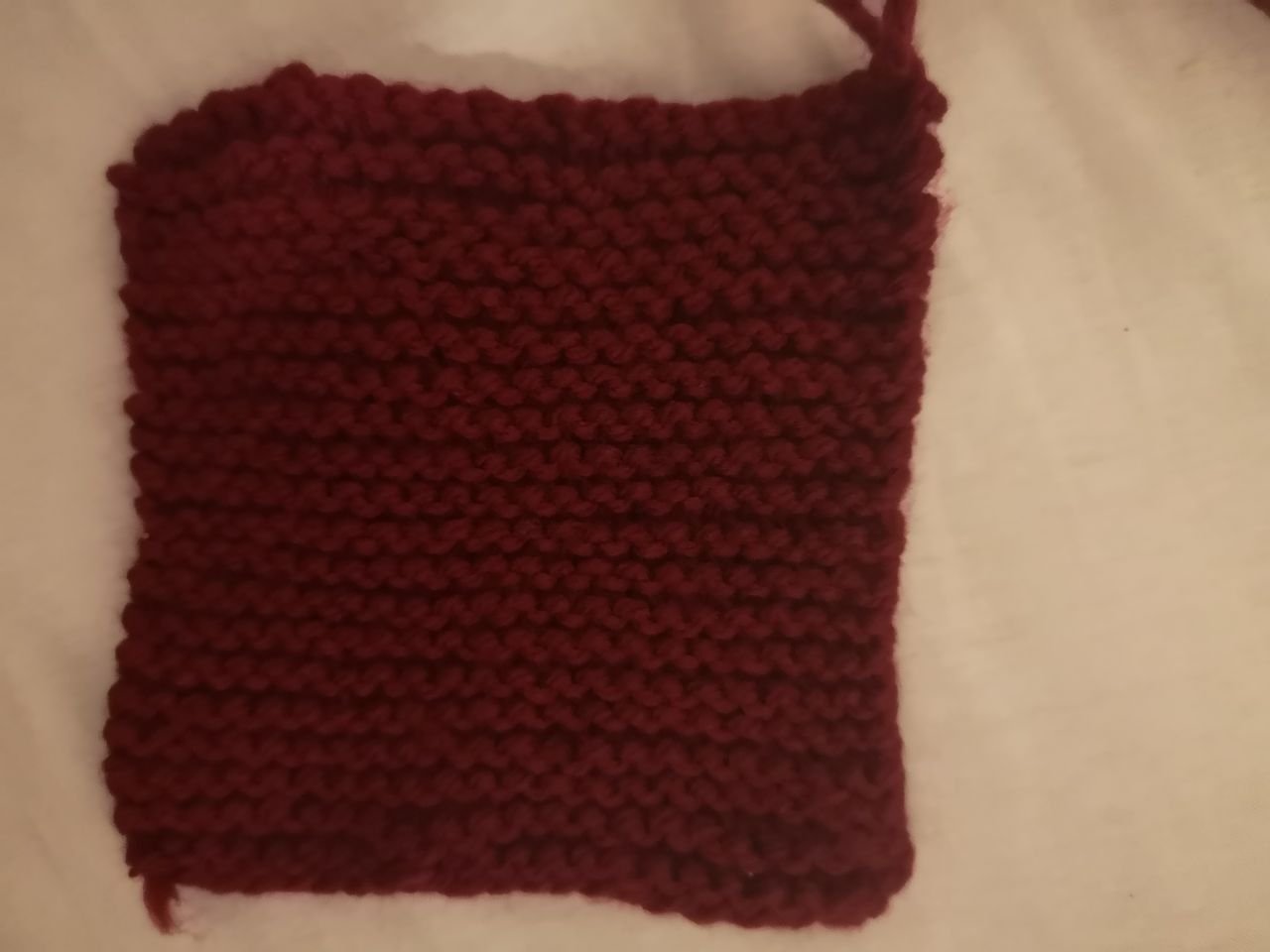 In these two days I had a cumulative knitting time of round 6.5 hours from which I had to spend around 1h redoing rows because of a knitting mistake.

Again today I had a productive knitting time of around 5 hours (-1h redo) . I realize that mistakes or beauty errors such as yarn too lose are inevitable as I am still a beginner. It is really hard to spot mistakes until four further rows ahead.

Additionally knitting does help in concentrating more during lectures especially if you are having such a long day however when my overall concentration level decreases I do a lot of mistakes.

The scarf is now at around 1.00 meter

My lectures did not allow me to knit a lot in this week and cumulatively it probably doesn’t account for at least 1 h.

I could knit 5h during lectures. Since today was my set deadline i was unsure whether i should go power knitting or  save it for next week. I opted for the former and spend around 9 more hours and finished my scarf in time. In this time i finished up a whole yarn bundle within 5 hours.