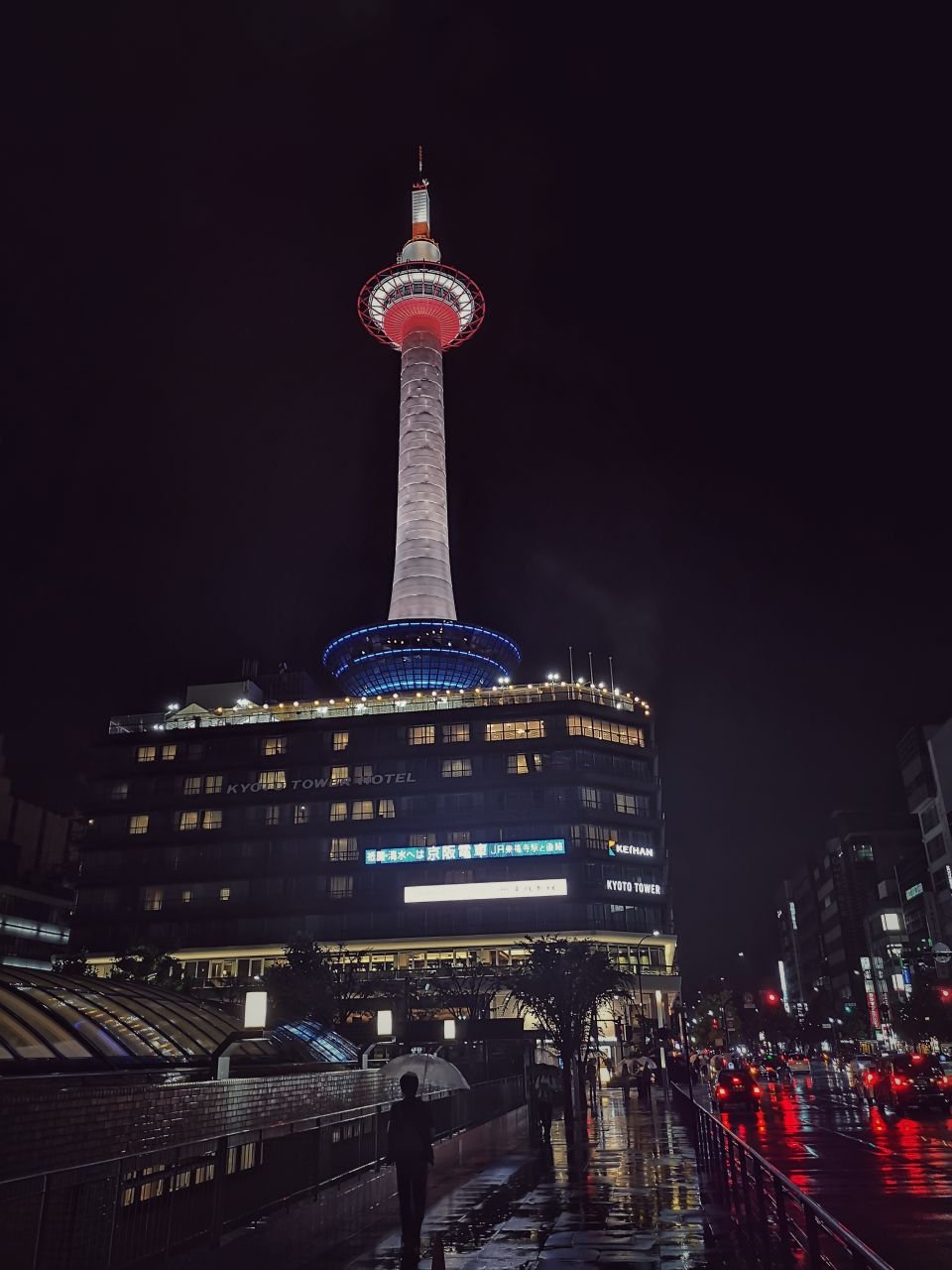 This post describes the sightseeings north from Kyoto station, west  from Kamo River and east from Nijo Castle

The Kyoto Tower is the tallest building (131m) in Kyoto. Although it’s observation deck is “only” at the 100 meter mark according to a friend you can get a very nice city view because the landscape of Kyoto is generally quite flat. The deck even provides free stationary binoculars. The entrance fee is 750 Yen (~ 7 €).

Kyoto station provides a rooftop garden with quite a nice central view over the city. Unfortunately though, the side towards the West / sunset has no view-friendly accesspoint.

The Nishiki market consists of many covered shopping streets. There are various shops ranging from fashion to indian music instruments. You can spend some time here losing yourself to this labyrinth.

I was expecting something from the Manga museum but to tell the truth in the end it was rather something more of a library instead of a museum. Some intersting facts are displayed and the library does hold some really old Mangas. One of the highlights is that you can get yourself a manga themed self portrait for (i believe it was) 1500 Yen. The museum was formerly a primary school so you can get an impression on how it looked like back in the days. The entrance fee is 800 Yen.

The Kyoto imperal park with it’s imperial palace is freely accessible. Before the Capitol of Japan moved from Kyoto to Tokyo this used to be the residence of the imperial family. It’s a good short tour but you can’t really go inside the residence. The imperial park is spacious with wide pebbled roads. Trees do provide shadow but you should still be careful in mid summer.

Nijo castle was build in 1601 on command of the emperor Tokugawa Ieyasu – the first emperor who united Japan. It used to be a residence for the emperor as well as place of important announcements. The area is big and the greenery is maintained well. The palace insides reminds of Nagoya castle or the palace in Versailles. There are many different styled waiting rooms depending on the visitor. For example a waiting room to intimidate other lords would have wall paintings depicting tigers. Though funny enough at that time noone actually knew how a tiger looked like and they used chinese descriptions as templates. Another one to convey a calm atmosphere would depict sakura trees. This sightseeing spot provides a lot of information material. The entrance fee was 1000 Yen.