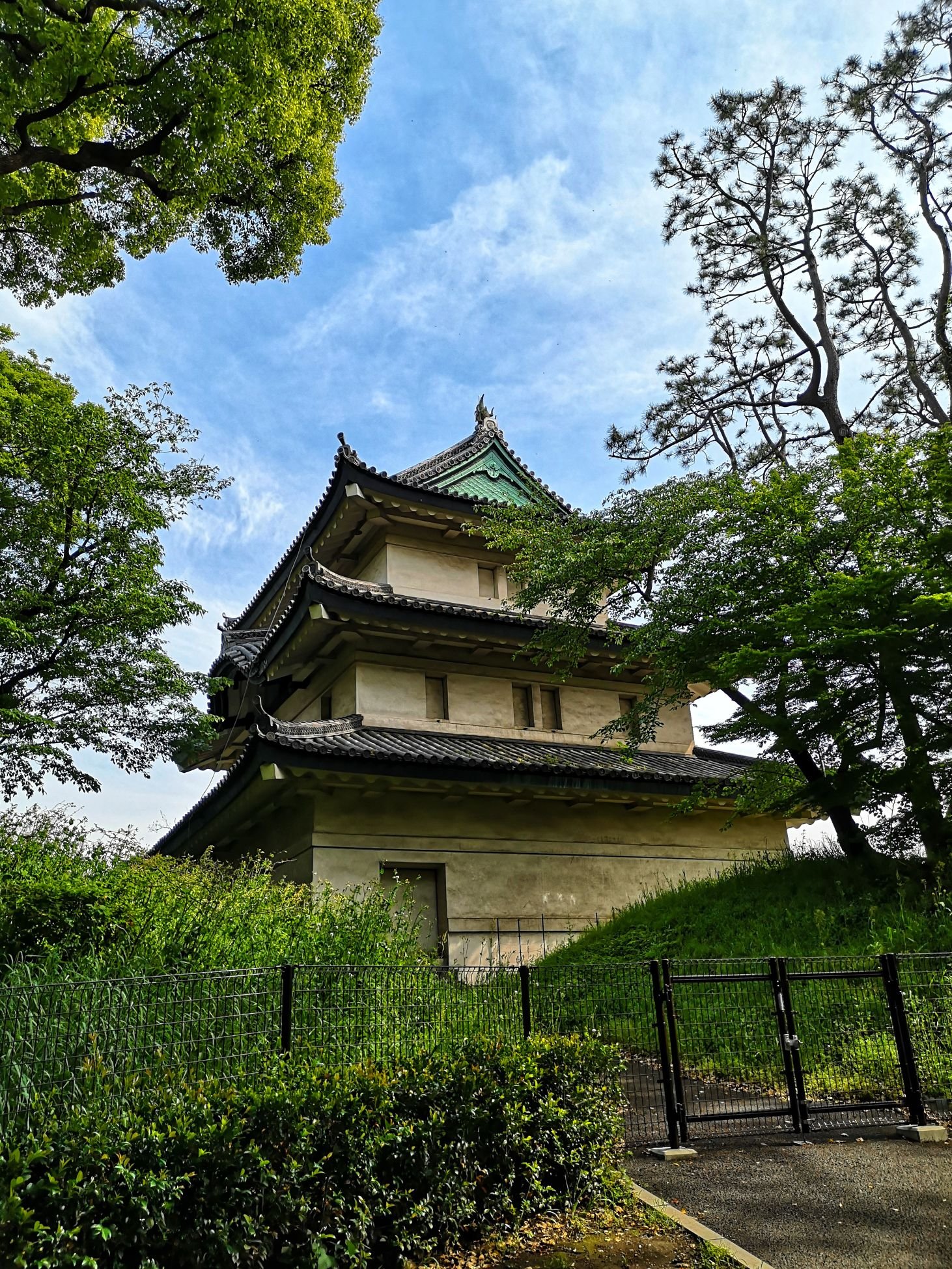 Seen as a wide green area on google maps in central Tokyo is the Imperial Garden and together with the Yasukuni Shrine, Hibiya Park and National Museum of Modern Arts it actually makes up for 22% of Chiyoda’s area (wiki, 01.11.2019).

There is a huge green area on the map of Tokyo which marks the imperial palace and its surrounding royally land. Unlike in Kyoto you can’t just enter into the imperial palace because the emperor actually still lives there with his family. However the Imperial Palace East Garden which was the former side of the inner most castle is now open to the public. In the center is a huge flat grassy area where the castle once stood and it is surrounded by flowers and different plants and trees.

As it appears the Hie shrine is a famous spot to pray for Safe delivery and a steady love (i guess). It also features a monkey under the name Masaru which means “Surpass something you fight” or “Keep evil spirits away” according to  jw-webmagazine.com (accessed: 04.10.2019). Nonetheless impressive shrine with some tori gates and greenery in the midst of Tokyo city.

This park is freely accessible and as i experienced part of it is always off limits because of several different festivals. It is one of the bigger parks in Tokyo and located in the midst of tall buildings and busy roads. Thanks to all the trees it is not as noisy as you would expect it to be in central Tokyo.

Strictly saying and contrary to common believe this shrine area does not serve as a memorial to honor fallen Japanese soldiers but to give them a last resting place. However it is sometimes not seen as such and is critically viewed especially by korea or china when high ranking people come to pray at this shrine since fallen Japanese soldiers also include war criminals.
One of the more impressive festivals, the Mitama Matsuri, is held here in mid July.

Mitama Matsuri with a lot of lanterns.

As part of the course Japanese company introduction we visited the National diet building. When no official meeting takes place, guided tours through the building are offered. Unfortunately they were all in Japanese.