Although right in the raining season we decided to take a chance on Nokogiriyama since the weather won’t stabilize anytime soon anyway.

09:30 starting from Ueno we needed around 2h and 2000 yen to get to Hota station. The train ride was very convenient without many transfers.

12:00 arrived at Hota and the first concern was to get something to eat. Easier said than done since there were only 2 convenient stores nearby and somehow almost no restaurants. Luckily enough we managed to find one which was quite unique. 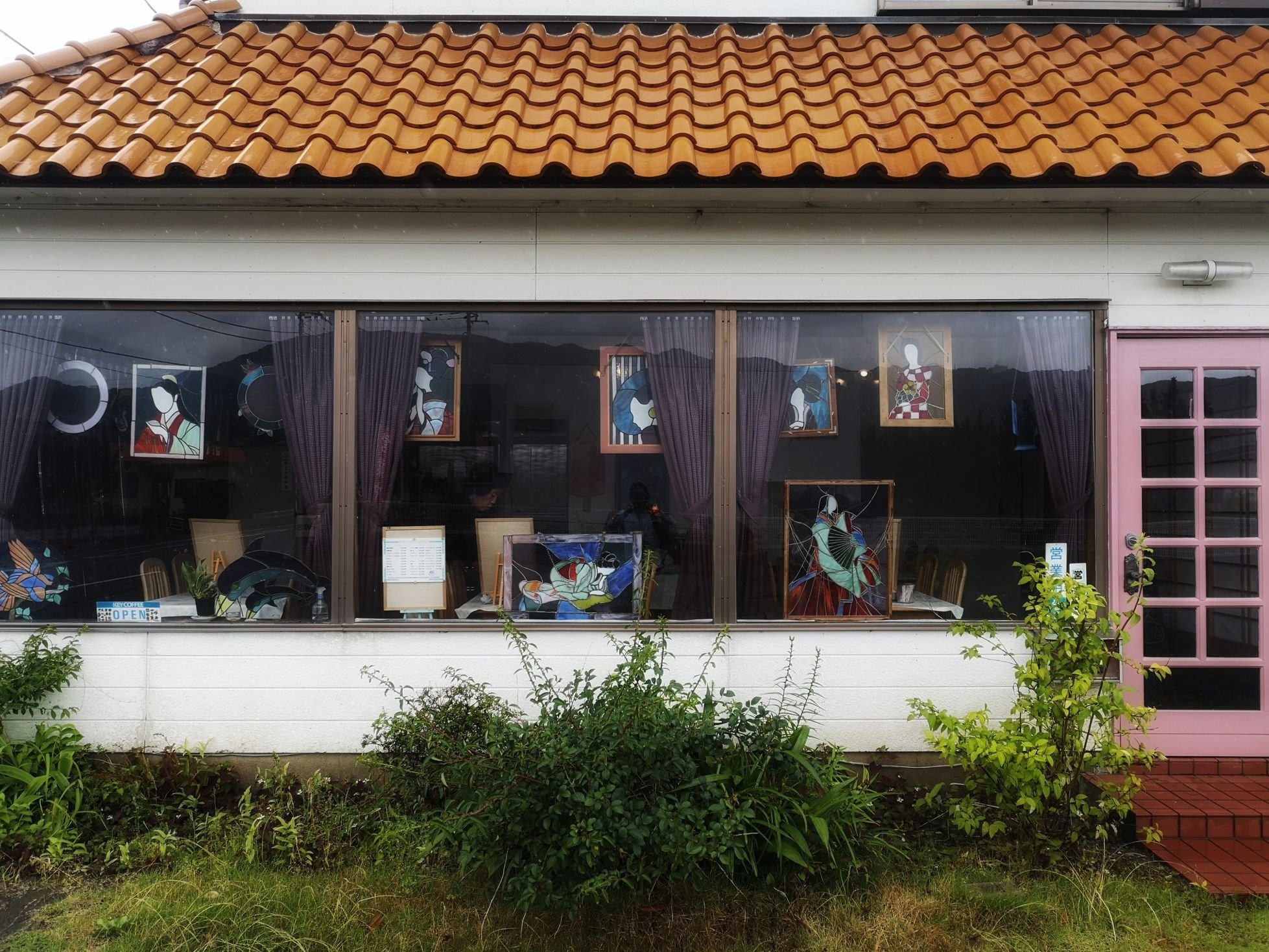 While we ate dark black clouds did move nearer and it did rain a bit. Nonetheless when we finished our meal it was all good. We needed around 50 minutes from the station to the entrance of the temple area. The entrance fee was 600 Yen.

14:00 Our first stop was the teahouse which is located right after the entrance. For the price of 700 Yen we got served first macha tea then sencha tea. The teahouse looked beautifully old and the teamaster seemed to be an old, peaceful and traditional man. When we took our leave we engaged with him in small talk and turned out the peaceful tea-master did actually study philosophy in Germany and was able to speak german, french, chinese and a bit of Thai – we were obviously surprised even more because even in central Tokyo some people are not even able to speak bits of English, never judge a book by it’s cover.

Afterwards we headed to the first sightseeing spot of this area – The Nihonji Daibutsu. It is a huge 31m tall in stone carved sitting Buddha. It looks just perfect both in height as in detail.

The second spot we were going to was Nihonji Tenbodai also called hell peek point. It is an observation point shaped like a lion head. Unfortunately the lightning was not too good but nonetheless offered an impressive view over the forest and sea. You could even vaguely see Yokohama on the other side.

On our way to that observation deck we also walked through a path which had a lot of mini Buddha statues.Some of them though were beheaded and i remember reading the reason being something during the World War II. 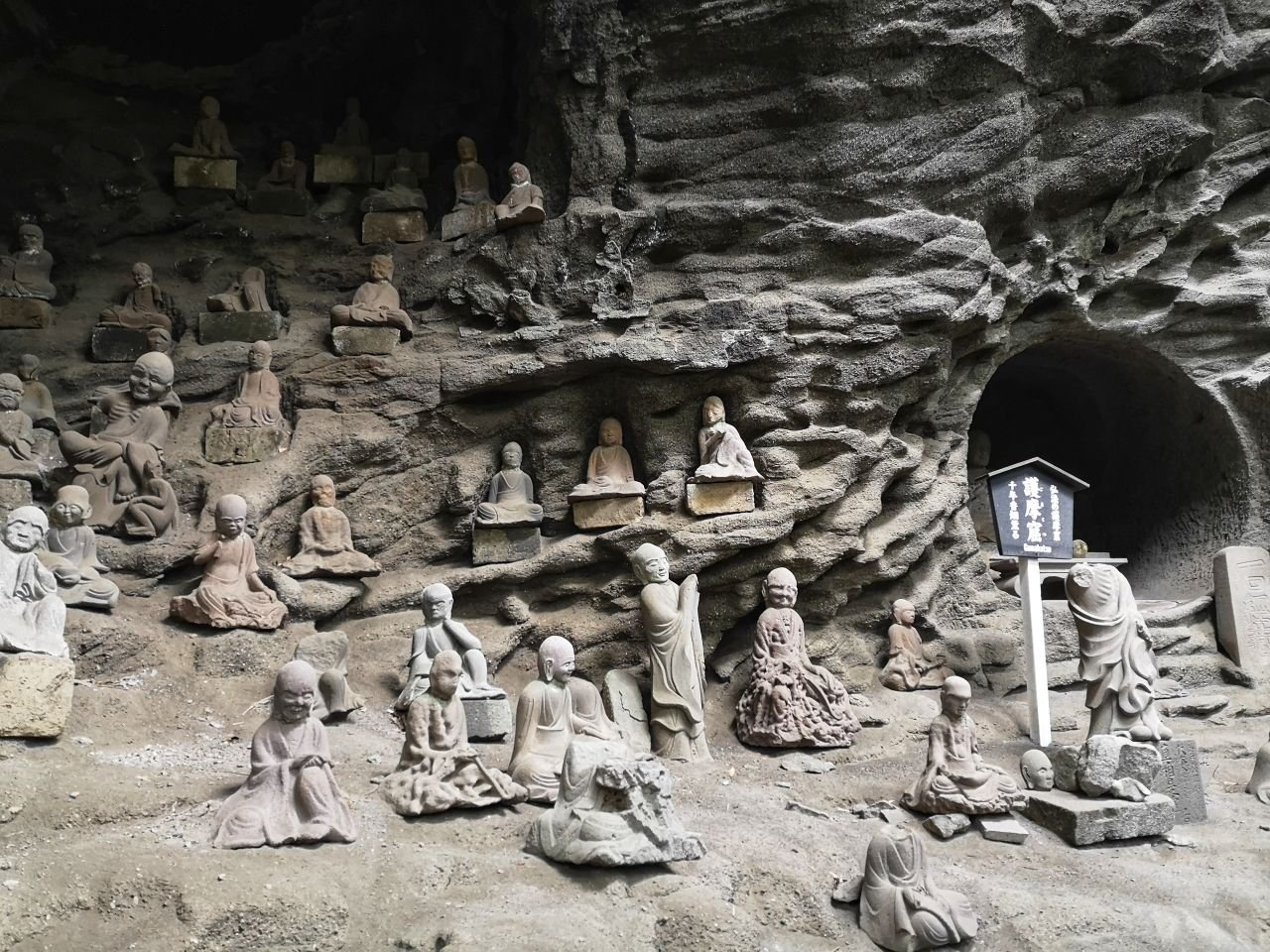 A fourth sightseeing spot was a around 15m tall stone plate standing Buddha. Because it was a little bit hidden we passed by it without knowing and had to backtrack a little bit.From here you could also get another view of the lion head observation platform.

The hike itself was very enjoyable and we had no problems whatsoever although people at Tripadvisor did complain a little bit.

18:40 we finished the trip around Nokogiriyama and even managed to get back to the beach just in time for a magnificent sunset. This trip was actually one of the few perfect trips where everything worked out without any stressful time scheduling. 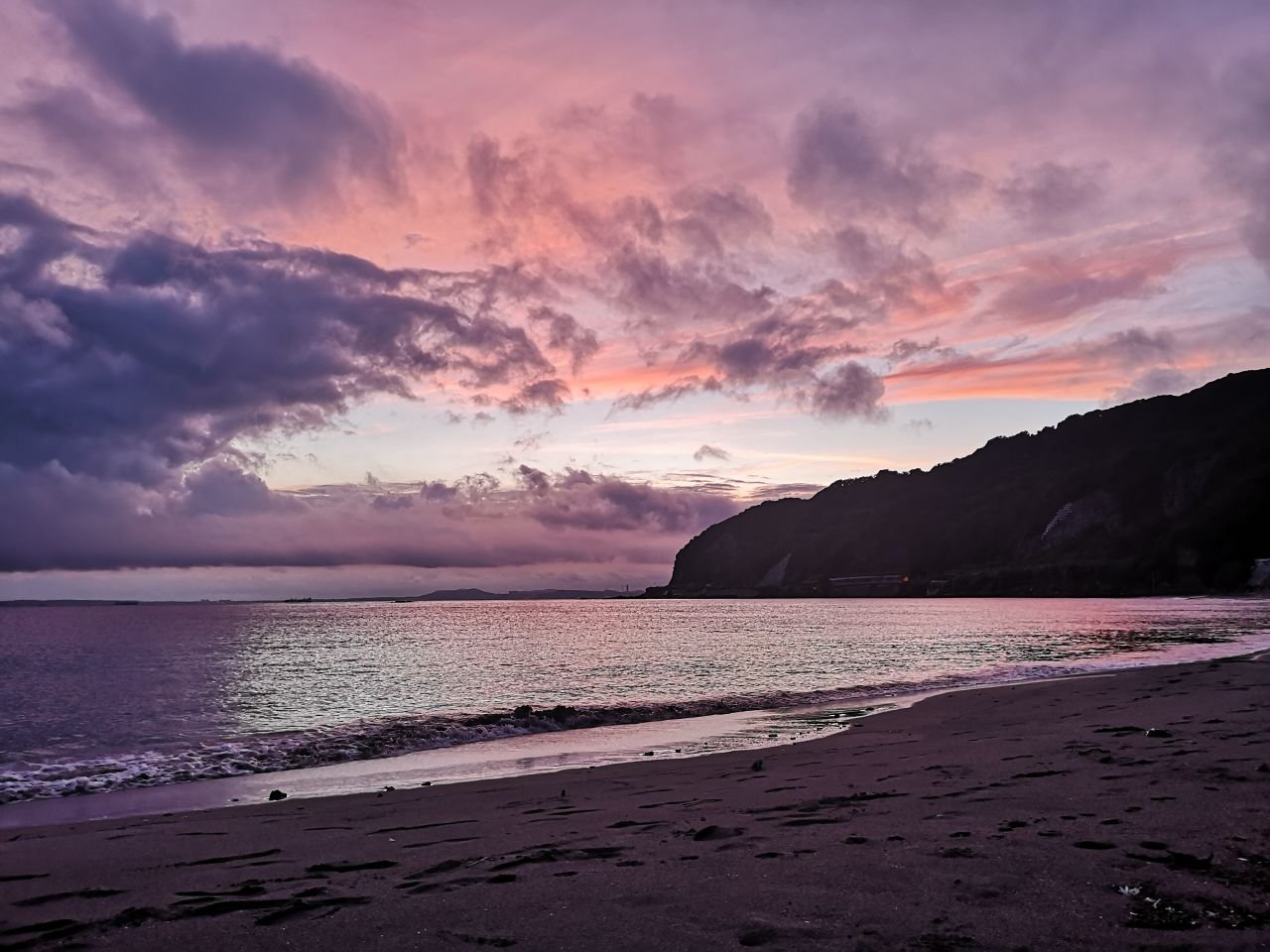