10:00 wake up in Kyoto at a friends flat. He just freshly moved in with his girlfriend. The flat has 2 rooms, looks spacious, is quite centrally located and i think they mentioned they pay the same price as i did in Tokyo with my 6 sqm room. Today i am going back to Tokyo with a friend but before that we would go to Osaka first.

15:30 arrived in Osaka and heading to the Osaka castle. The castle has been rebuilt and although the outside looks quite old the interior is renovated to act as a museum. The entrance fee for the castle is 600 yen and it does pay off. You don’t only get a nice city view but also a very informative museum. A very interesting floor tells the story of Hideyoshi and it goes like this: Hideyoshi was born into a poor family and ended up being a very determined and loyal soldier under Nobunaga Oda – a warlord who wanted to unite Japan. After a revolt Nobunaga was killed and Hideyoshi became his successor in uniting the nation. During his battles he also encountered Tokugawa Ieyasu, first as enemy after that as an ally, who after his death became one of the major influencer on how to manage the country. Tokugawa Ieyasu would then become the man who successfully united Japan.

The surrounding park is also worth seeing and we should have probably planned more time to actually sightseeing this area.

20:00 we were heading to our night bus stop but did make a detour to Dotonbori. It seems like it is the more downtownish area of Osaka. Walking through this area had a very similiar feeling to Shinjuku. There were a lot of people and confusing advertisement lights.

After that we accidentally encountered a 5 story large building dedicated to sex toys. 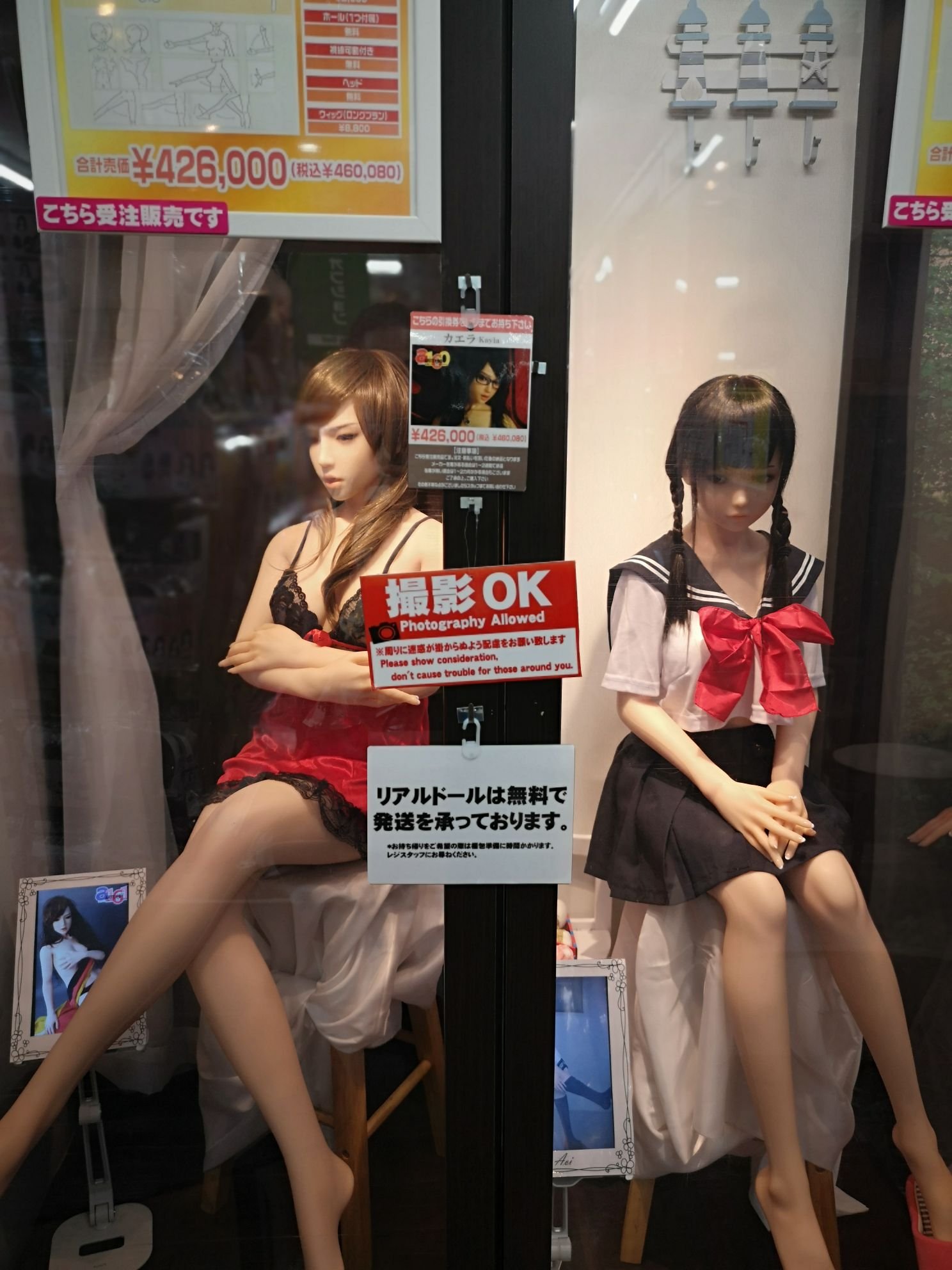 The last weird occurrence was a cafe called cafe earth. You were not obliged to order anything but could just sit down and use their WiFi. It seemed to serve more as a private club and meeting room than a cafe but the owner was very nice and it was just a good place to sit and calm down for a bit.