08:15 Let’s start the day! I will be going with a flatmate today and we are going to purchase the nikko heritage pass to go to, around and from Nikko back for around 4000 yen. However we are only allowed to use local trains which makes things difficult.

09:33 to 12:44 trainride to Tobu-Nikko. Eating lunch and it starts to rain heavily… so i rushed out to get us some raincoats from the nearby FamilyMart. Boarding bus, riding it for 10 minutes to the Shrine area and oh wonder oh wonder the rain just finished and a clear sky opens up. Right in front of us was the very first attraction – the Shinkyo bridge. It was constructed in 1636 and is “ranked as one of Japan’s three finest bridges” 1. You can actually pay 300 Yen to walk across it, but there is actually nothing special with that.

The world heritage area consists of many seperate shrines which you have to pay seperately. The one which everyone actually came to Nikko is the Toshugu shrine. It is the final resting place of the first Toshugawa emperior, the man who united Japan. (Sitenote: his grave was first located in Shizuoka at Kunozan toshugu which i also happened to visit on my tokaido tour). The shrine for the first emperor was worth its 1300 Yen fee and had some of the most luxurious decorations i’ve seen. The origin of the three monkeys which can’t hear, see and say can also be seen here – right after the entrance turn left and it should be the second building on your left. There was also an interesting story to a building which is locatedon on the left side before the Yomeimon gate. I forgot the building’s role but it had a roaring dragon painting on the ceiling. The reason for it being called roaring was, that you could try to clap 2 wooden blocks anywhere in the building and there would be no effect. However if you clap it within 1m radius of the dragon’s mouth you can hear a distinctive long echo.

Next was a small paid garden/shrine area and the Taiyuinbyo – the mausoleum for the third Tokugawa emperor. It is not as crowded and relatively more humbly decorated. You had to pass three gates all guarded by statues of gods to reach the main hall. Apperently it is common that the shrines faces south however this one faces northeast towards the Toshugu shrine to honor and  respect his grandfather.

Short emotional rollercoaster: i read the bus map wrong and thought the next bus would come at 18:15, but then we gave it another look and fortunately it would come at 17:15. Then again we bought some snacks from the nearby Lawson, sat down and “brummmm” hearing a bus rushing past us because he might not see us behind the Lawson advertisement shield where we sat. Short panic drama – however it was just another bus and we finally caught the right one to go to the lake. Arriving at the final bus stop you can already hear a immense roaring sound originating from the Kegon waterfall.

Deciding between just sitting at the lake enjoying the sunset or getting to the famous Hangetsuyama viewpoint. Decided to stay at the lake – was super chill and enjoyable besides for the occasional screaming sounds of my comrade because there were a lot of insects.

20:00 departure from Chusenji Onsen area, arrival at 20:38 in Tobu Nikko and our last train would depart at 20:41. My fault for going to the wrong station  (JR instead of Tobu) making us missing the bus. Alternative would be staying over or getting the Shinkansen, we decidede for the former option.

09:00 start the next day. I stay in the area to try out the hangetsuyama viewpoint while my flatmate will return earlier.

10:30 there is a ropeway leading to an observation platform to view the Kengon waterfall from another angle. This ropeway apperently is only accessible when you take a bus from Tobu Nikko to the Chuzenji lake area but not vice versa. From here you could walk the rest within a 3 hours but luckily i decided not to since dark clouds were already raising up. 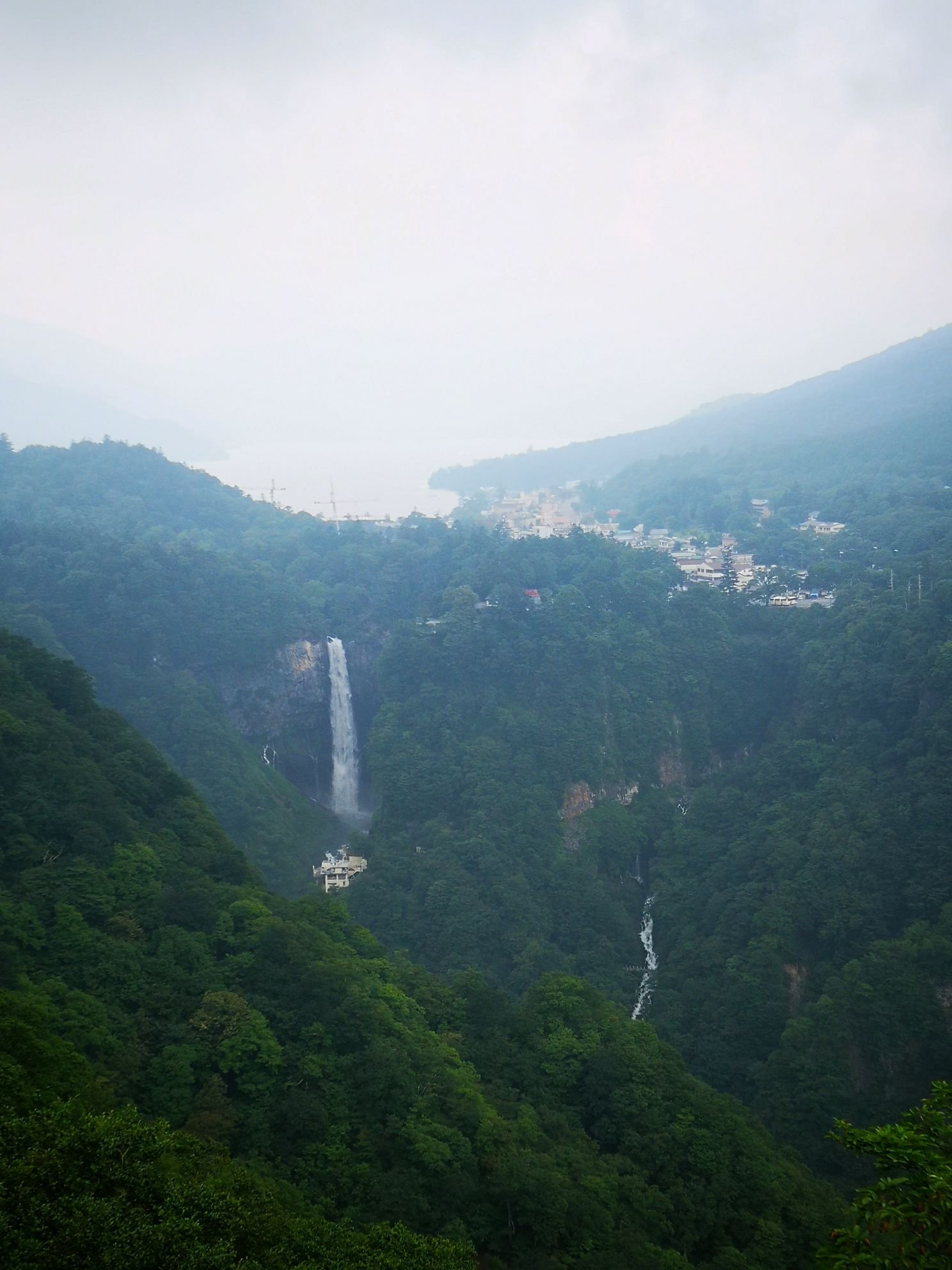 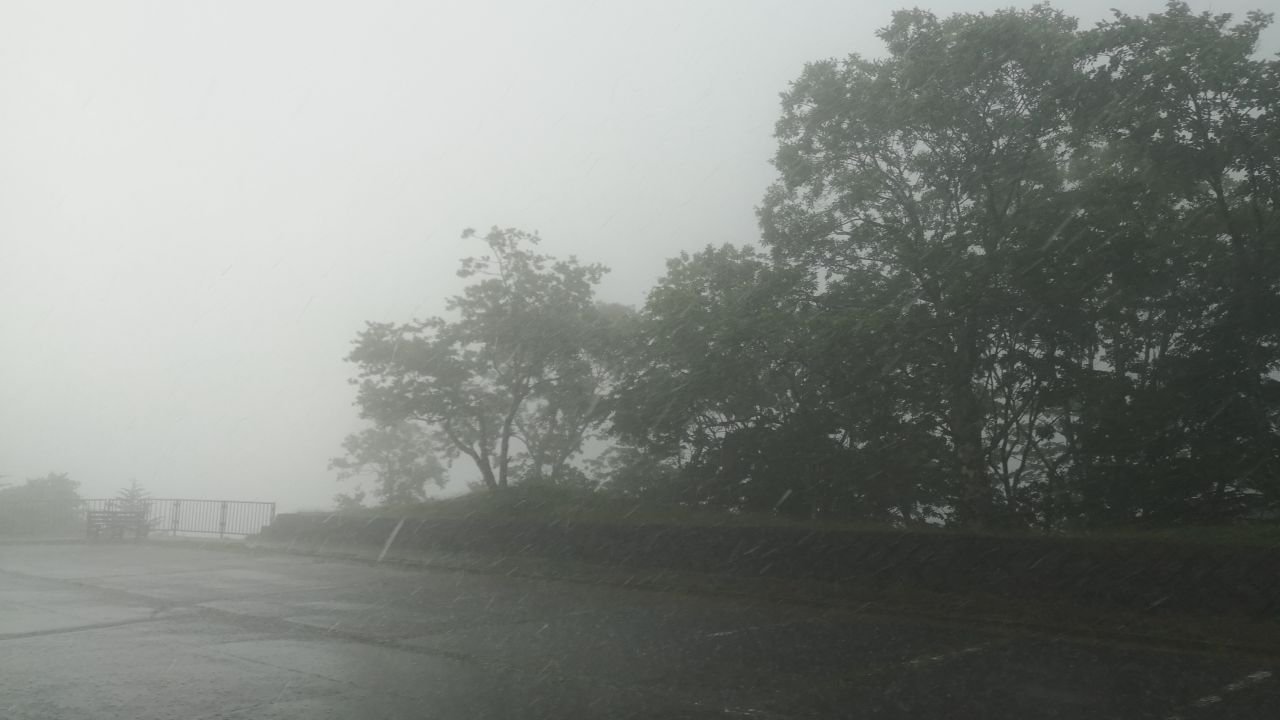 14:10 Returning to the guesthouse getting some stuff back, the owner was so friendly and offered me a  ride to a nearby Onsen i was aiming to – super nice.

The Onsen belongs to a hotel and the security for it is a joke. You are supposed to get a ticket at the vending machine and put the ticket into the basket right next to it. No one actually supervising this. The Onsen itself is quite small no sauna or cold tub, however i had this place for myself for roughly 15 minutes – super nice.